What is the fairness in the casino 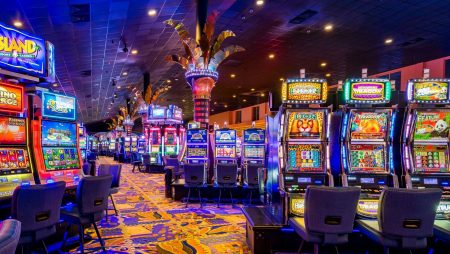 The essence of cryptographic algorithms for controlling casino integrity is that BEFORE a game – whether roulette, poker, or Blackjack-a series of results of FUTURE games is created (a series of numbers that will appear on roulette, or a sequence of cards in the deck when playing gambling card games – Blackjack or poker). At the same time, the created series of future results is a plain text of a pre-agreed format known to the player. That is, the system for monitoring the integrity of the game’s progress and results works exactly the same, no matter what online casino gambling games we are talking about: whether it’s slot machines, roulette, or poker.

This document, of course, is not shown to the player, but before playing roulette or poker, it is processed by a special program according to a certain algorithm to a well-known player and necessarily INDEPENDENT of the casino. For example, such an algorithm is MD5 (RSA Data Security, Inc. MD5 Message-Digest Algorithm). This is a well-recognized and widely used algorithm in the world. The result of this algorithm is a text string, which is called a text digest or an electronic digital signature (EDS).

After the end of the game, the player becomes available to the source text containing the sequence of numbers that fell out on the roulette wheel or card numbers – in poker. To make sure that no changes were made to this sequence during the game (for example, depending on the player’s bets), you need to process the sequence text received from the casino using the MD5 algorithm, for example, here in the form below. And compare the received electronic digital signature with the one that the casino showed to the player before the game. Keep in mind that replacing at least one character in the source text completely changes the resulting digital signature. This is a guarantee of randomness. The casino does not have the ability to change anything in the pre-generated sequence of numbers that appear on roulette or card numbers – in poker.

Now let’s talk about how to verify an electronic digital signature.

First, the player checks that the numbers that are written in the text presented to him after the game are exactly the same numbers that fell out in roulette. Next, you need to check whether the casino changed something in this text during the game. The player can perform a check on any site independent of the online casino that uses the MD5 algorithm in General, this algorithm is public, and its source text is easy. After processing the sequence text received at the casino using MD5 on an independent site and making sure that the electronic digital signature of the text matches the electronic digital signature issued by the casino to the player before the game. In this way, the player can make sure that the casino is honest and that the numbers were not substituted for him in the game, depending on where he placed his bets.

And now about how it looks in practice.

In addition to the MD5 algorithm, others can be used, such as SHA-1, but this does not change the essence of the matter.

This example is given for roulette. Naturally, for other games, such as blackjack, keno, poker, other gambling card games, and slot machine emulators, the interface is somewhat different, but its essence remains the same: the digital signature is obtained by the player before the game, and after the game he can check the immutability of the main text that was signed to it.

For those who have decided to play in a casino with integrity control, we would like to offer you the opportunity to independently check the results (in case you don’t trust the data provided by the casino). Copy the text in the game results to the window and click “Calculate” to get signatures using MD5 and SHA-256 algorithms. Again, if the received signature coincided with the one that was provided before the game, then the sequence really did not change!

Just note that you must copy the original text unchanged: an extra space or newline will completely change the appearance of the signature.