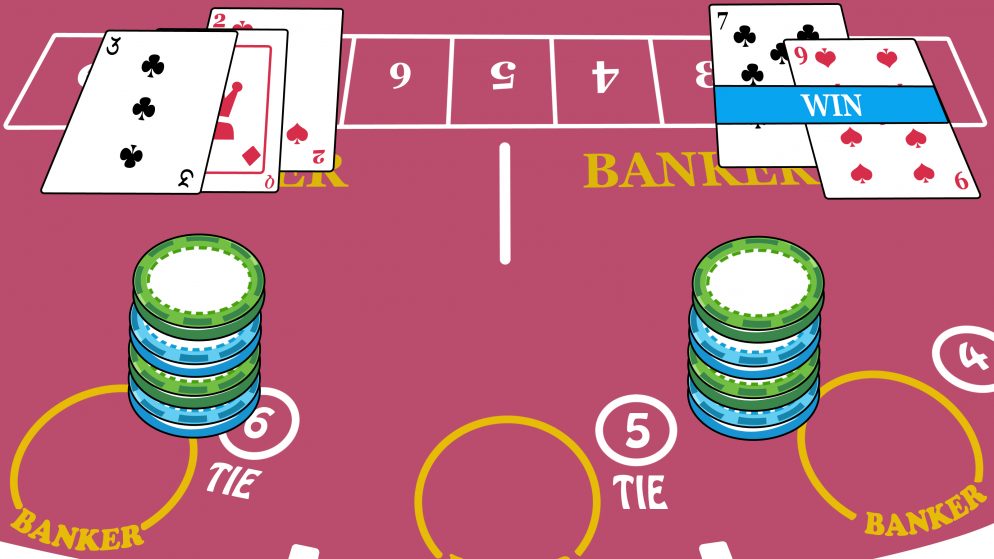 This is one of the European varieties of baccarat, but the goal of the game remains the same, guess whose combination of cards will be higher in total or bet on a draw. The value of all cards and combinations in Punto Banco coincide with the generally accepted rules of baccarat.

Players can bet that the hand will be won by a banker( Banco), a punter (Punto), or a draw (Egalite). The amount of bets is determined by the minimum and maximum set for this table. They are placed on the box corresponding to the player’s location.

At the beginning of each game round, the dealer deals cards only to himself and the punter. It does this one at a time, starting with the player. Then the punter’s cards are evaluated, after which the game can end immediately, or the third card rule applies, according to which the player can buy another card. Then the dealer enters the game, who either buys a card or stays with the ones he received from the hand.
After that, the player’s and dealer’s hands are compared. If the punter wins, the dealer pays the bets that were placed on Punto and Egalite and takes the bets on Banco. If the croupier wins, Punto and Egalite bets lose, and Banco bets are paid with a deduction of five percent Commission fee in favor of the gambling house.
In various casinos, you can see bets with chips and real money, which depends, first of all, on local traditions.

Basics of the strategy

The strategy of playing Punto Banco does not differ from the provisions adopted for other varieties of baccarat. It is more profitable to bet on Punto, and betting on a draw should be avoided in all cases.